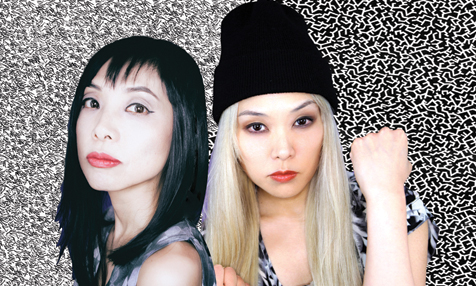 I’ve never thought dancing in my plush theater recliner during a movie was appropriate. But I’ve also rarely been to a screening where the live musical accompaniment was worth bobbing my head to. Leg shuffling, even less so.

So when I won tickets to see Cibo Matto perform “New Scene” as part of San Francisco Film Festival’s Live and Onstage series, I was pretty excited. I had no idea what to expect beyond the program description: “new musical soundtracks to a number of wild and abstract short movies to be played in this one-time-only performance.”

The wild and abstract almost won out, as I spent more time than expected staring in sheer bewilderment at the screen. Enough with the fly on the naked woman, Yoko Ono. I get it. Or, more precisely, I maybe don’t get it, but I’ve had enough.

My favorite foray into peculiar cinema was the thirty minute version of Oskar Schlemmer’s Triadic Ballet produced by Bavaria Atelier GmbH in 1970. It was like a Jim Woodring comic making love to a De Chirico painting in a candy shop. 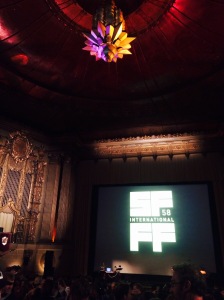 Of course this version didn’t feature the Bauhaus-ian score, but rather the a spacey electro soundtrack courtesy of Cibo Matto. And I wondered briefly, throughout the various presentations, how interesting it was to alter the filmmaker’s intent, slightly, by changing the music. Each scroll of end credits mentioned the music which, in every case, would have been different from what we were hearing.

I didn’t wonder about that too much. Too busy dealing with the weird-as-shit movies we were watching. I needed RF or BC around to explain all this nonsense to me.

Didn’t matter, I suppose, because the music won out in just about every segment. And it didn’t bother me that I seemed to be the only person chair-dancing at the movies.