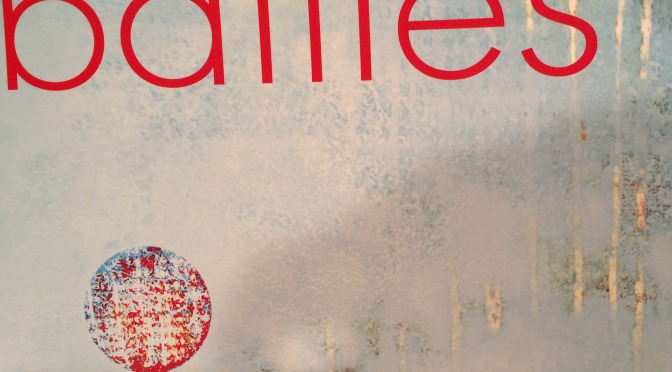 I took a vacation day so that I could wake up at 5 AM on a Friday and drag trash from my garage to the front of the house. Significant piles of trash, to be fair: three mattresses, boxes of e-wasteables, and two broken bookcases among them. But still. It’s 6 AM and I’ve been up for an hour already. Great staycation, yeah? 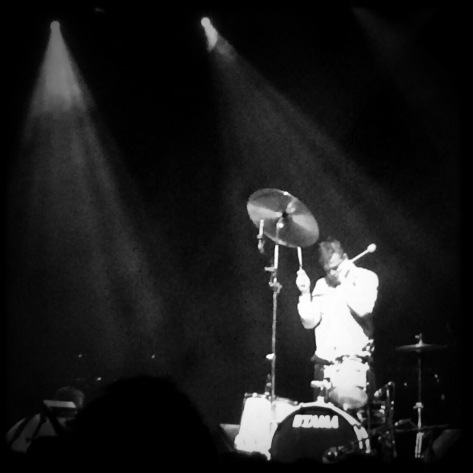 On October 9 I was at The Fillmore for the second time in a week. The last time I had done that was… well, jeez. I can’t remember. But if I wanted to, I could peruse my stack of Fillmore posters, right? Noooo, since not every show produces a poster. The first time I realized that major disappointment was… well. Jeez. Now there’s no way I’ll figure that out, is there?

When I was a kid I used to save everything. I had a little shoebox that was dedicated to movie ticketstubs. Prized among them was a special event preview of Howard the Duck at the old Regency. Our VIP entry got us t-shirts and, since we were too young for the champagne, sparkling cider (we were not too young, however, to realize how shitty that movie was). In eighth grade I was over my pal Raymond’s house, talking to him about my collection. His grandfather, a venerable old Chinese man who seemed immutable in his golem-like sternness, looked at me and said, “You just make junk.” I had no idea he was even listening.

When I was a little older I continued to save everything. This wasn’t easy since a) I was heading off to college to share a tiny dormroom with a stranger and b) my mom, to this day, will take any and all opportunities to throw stuff away when you’re not looking. I’ll never see my satin Giants Starter jacket again, nor that baby blue Wolverine claw t-shirt… So I got more creative. I stored several comic boxes at my grandfather’s house, turned my dad into a basketball card collector (in order to gain a sympathizer in my fight to preserve all my baseball and football cards), and lied to my baby brother about the long-term value of old video game cartridges. I continued to make more junk.

Less than a decade later, I was filling up a box with concert ticketstubs. At some point the majority of those tickets found their way into a little album specifically designed to hold concert mementos, gifted to me by my roommate at the time. SS was the only person I’ve ever met who is as obsessed with collecting memories as I am. On every trip into the City for a show, she’d carry little index cards and a Sharpie. Not for autographs – although those happened on occasion too – but to write down where we’d gone, where we’d grabbed dinner, who we saw, what venue… everything. These were the days before smartphones, Yelp, Google docs, etc. We made our own evernotes.

So I’m in the crowd for Battles, right, and I’m thinking two things. First, how much nicer the air is from the prior trip to the Fillmore. In fact, before I’d arrived, MH texted me with a celebratory “THE VENTILATION IS WORKING.” Second, that opening line from “The Right Profile.”

Where have I seen this guy before?

I hadn’t seen Battles live. Not really. They had my attention, briefly, at a Treasure Island stage a few years back. But that’s not what I really meant. Where have I seen a live performance of an appropriately hyped drum-heavy instrumental band? And suddenly I felt a pang of loss. Where oh where is my box of ticketstubs? Wherefore that beautiful pocketed PVC binder?

And then, suddenly, I thought a third thing. Maybe a third and fourth. Answer to the question was Explosions in the Sky at some one-day festival at Bill Graham at least a decade ago. But also, this is what Every Dragging Handclap has become. A way for me to collect ticketstubs, so to speak. Forward in time: memories and shows and signposts and life as I know it. Backwards in time: missing calendar dates and closeted gig posters and life as I knew it. So, because this is an era of smartphones, etc., I started a little online database. Every show I go to, annotated with whos and whatsits. And every show I can remember going to, as they occur to me, along with insight into where I was in life and what I remember – both fondly and otherwise. This should be about more than just the me in The Turnaround, after all.

I’ve been fighting with this garage clutter all morning, and I haven’t come across that album yet. But memories are jogging regardless.

Next time: the name of that festival, and my earliest memories of soapboxing against corporate-sponsored entertainment.