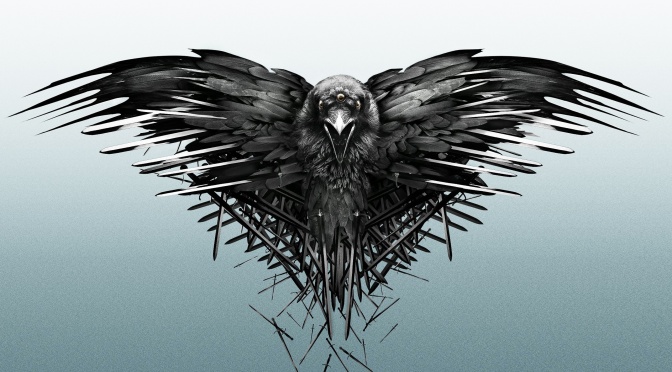 I’ve been re-watching all of HBO’s Game of Thrones episodes this summer with the advantage of two new perspectives. First, I’ve got a fresh set of eyes watching alongside, which is always fun. This time I get to be the pain-in-the-ass hitting pause repeatedly to clarify lineages and house politics. Second, I read all the books recently (prior to the start of season four), so I feel better equipped to make sense of the onscreen displays of those house politics. Nothing better than being a more well informed pain-in-the-ass. Plus, I can better appreciate the glee one feels when watching someone else’s first reaction to The Red Wedding.

So I assume that when scrolling through new tracks and reposted Soundcloud gems, certain song titles just stand out. I’d never have the fortitude to join The Night’s Watch myself, but I can certainly appreciate the honor of the Crows who take their vows seriously.

“I am the sword in the darkness.” Electronic duo 18+ feature a smooth xx vibe, with finger-snapping and crow horns that eat disco roosters for breakfast. Rangers returning. And they’re getting down on the edge of the world, “under night sky.”

“I shall take no wife… father no children.” Connecticut electropop band Deluxe just released their first single since 2011’s Colour. “Crows Beak” feels like an early-90’s Merge release, lost in itself in the reverb in the dimly lit wiring underfoot. Jon Snow is all about the shoegaze. I’m sure of it. Spacemen 3’s Playing with Fire is his favorite album, ever.

“…for this night and all the nights to come.” The guy referring to himself as Fox and a Crow is Swedish, which, combined with the current sensitivity of the aforementioned GoT radar, was enough to get my attention. But he also has an EP entitled All Cats Like Electronic Music which is even more intriguing. As someone who is very recently living with a cat, I am so far only cognizant of a cat’s love of staring contests and shedding. Maybe if I start spinning more minimalist ambient electronica, she’ll feel more at home.